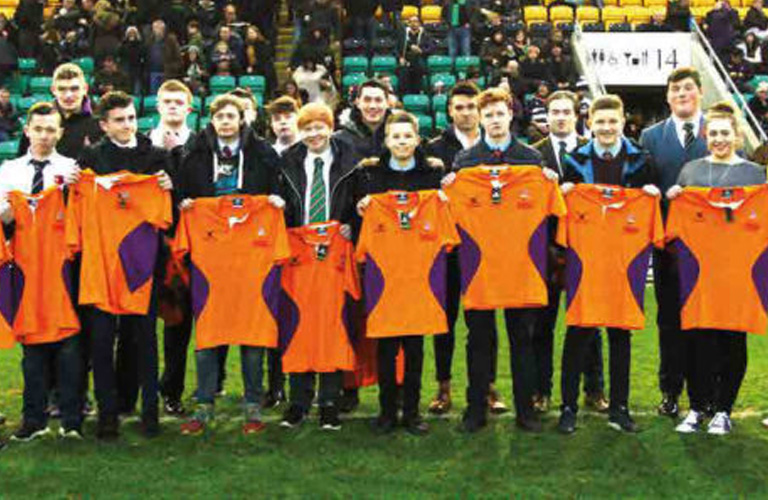 Young referees from the East Midlands were centre stage at Franklin’s Gardens when nine teenagers from the Northampton Saints Developing Player Programme received their referee shirts during the half-time break of the Saints’ Aviva Premiership game against Bristol.

The group are some of the 30 players who will be trained up as referees as part of a special partnership between the Saints, the RFU Young Official Developing Programme and the East Midlands Referee Society, with funding from the Area 4 RFU Legacy Fund.

“It was great to see the lads on the pitch at Franklin’s Gardens and get a good reception from the crowd,” said Saints Academy coach Jon Curry. “They’ve all worked really hard to get their refereeing qualifications, which the youngsters have told us have also had a positive impact on how they play the game.

“Without match officials we don’t have a game, which is why we have been working with the RFU and East Midlands Referees’ Society to encourage youngsters to get their refereeing qualifications as well as developing their own playing.”

“It was the first time that a group of Young Match Officials have had this level of acknowledgement and demonstrates the importance that Jon Curry and the team at Northampton place on developing match officiating among young people.”