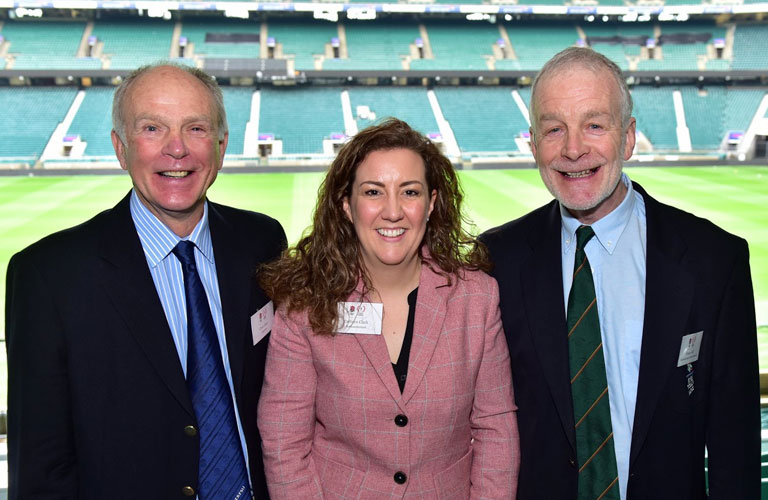 I’ve had a love of rugby since I was a small child when my Dad took me around the Highlands of Scotland with the school teams he organised. I played for a few years at school but when I graduated as a Physiotherapist my attention turned to pitch-side duty and injury treatment. I started my “rugby physio” career with a level 8 club and then progressed to county age-grade teams and University.

Having tired of the weather conditions of the North East my focus changed again and I was asked to deliver continuous professional development (CPD) sessions for club physios and sports therapists across the county. I also became an RFU Educator for the Emergency First Aid in Rugby Union (EFARU) course.

Around this time RugbySafe was launched and I was approached by the CB to take on this role. I think it was also due the fact that whenever I visited a club, I had something to say about player welfare, first aid facilities, cars blocking ambulance access, etc!

I am RugbySafe Lead for Northumberland CB which has 24 member clubs spread over a fairly large geographical area with some very rural clubs such as Border Park RFC and some far flung clubs such as Berwick RFC.

Initiatives I’ve been involved in include:

As you can see, we have plenty of invaluable initiatives!

I think it is inbuilt as a physio to want to help people and to derive satisfaction from making a difference to someone’s quality of life. In this RugbySafe role it’s rewarding to see teams/clubs who previously struggled with no physio or first aider to have someone in that role looking after player welfare. It is rewarding to know that a player’s welfare is being looked after across the game by all interested parties with regards to suspected concussion and GRTP.

In a nutshell it’s rewarding to think that people can enjoy the game that I love so much in a safe environment where they are looked after. They can hopefully play for as long as possible and then go on to give back to the game that they also love. 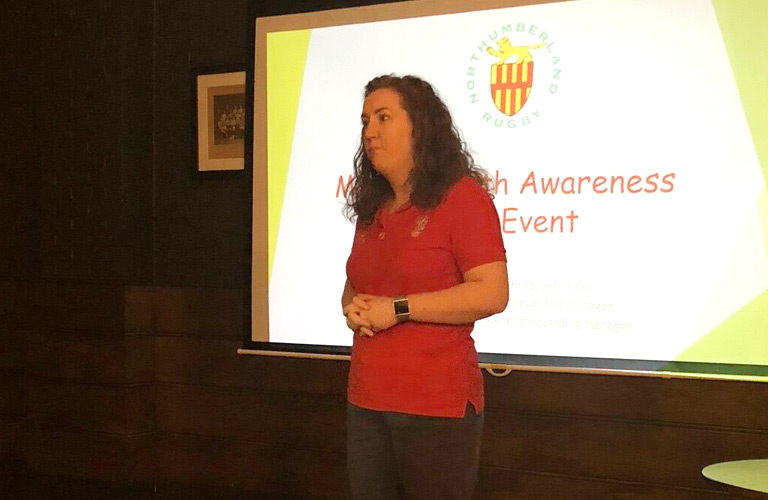 Don’t give up! Engage and empower all parties that you want onboard as early and as much as possible. Let them see why you are trying to do what you are doing and how it will benefit them.

Ask for and acknowledge their opinions and get their help. Where you don’t have the necessary knowledge ask someone who does. There are lots of people in your CB and local RFU team who will have the knowledge and I’m sure will help. Or, look up the Essential Guides on the RugbySafe part of the RFU website.

Lastly, start with the basics such as “is the correct level of first aid provision in place at my club/CB?”. The RugbySafe “Guide to Providing First Aid and Immediate Care Provision in the Community Game” is a great starting point.