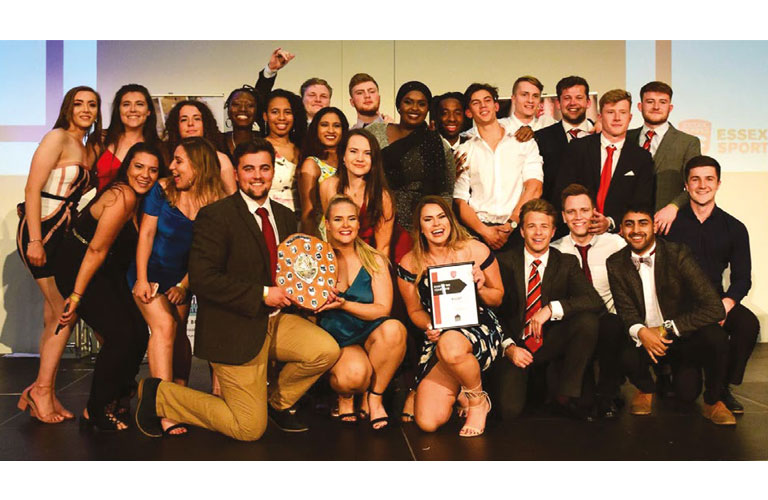 In the first year, success included: an increase in club members, increased participation in local cluster and merit festivals, a new O2 Touch programme and the hosting of their first ever sevens festival which saw local universities and sevens teams compete in one of the few university organised tournaments in the UK.

In the partnership’s second year they brought all elements together with a new Student Rugby Steering Group to make this the biggest and best club on campus. Stereotypes fell by the wayside, replaced by a more professional attitude, Wednesday night socials being overtaken by improving members’ playing opportunities and freshers taking more leadership roles in the club.

A new Steering Group, which meets twice a term to centralise all ideas and delegate the workload, includes: RFU University Activators & Game Finders, University Sports Development, Performance Sport, The Students Union, Club Presidents, O2 Touch and XRugby 7s Ambassadors, a representative from the local rugby community and RFU staff. This is one of the only times for any sport that students, staff and representatives from a national governing body come together to evaluate the success of the Essex programme, as well as make future plans.

The men’s 1st XV introduced structured training sessions, fitness testing and individual coaching from the head coach, Sam Edwards. The women’s 1st XV ran a phenomenal recruitment drive. With only a handful of returning players, their first session saw more than 60 girls try rugby for the first time. By
the first games, 75% of the squad had never played rugby prior to university thanks to an introduction to rugby programme giving novices the chance of making the BUCS team.

Last year, when the RFU introduced XRugby 7s, the university was one of those asked to run it and started a free club, led by their activators. With some students unable to commit to biweekly training and a game, an hour of XRugby 7s was popular, with mixed sessions and half completely new to rugby. A subsequent XRugby 7s tournament, with stash prizes, went so well that the student media team created an advertisement for XRugby 7s, the first sport on campus to create this kind of a video used across all university social media.

Historically, the men’s and women’s clubs ran separately so they met and discussed sharing fundraising, charity, and social events, with fantastic success, not least an end of season charity dinner for MIND which raised over £500, and joint social activities, like a trip to the HSBC London 7s. The clubs now sit on joint executive meetings and organise events, such as an alumni game in memory of previous club members who have died.

Increased marketing and advertising on all platforms attracted more students, with a big social media campaign, endorsed by the University’s accounts. And, with two Rugby Activators working a combined total of 14 hours a week, numerous volunteers were delegated appropriate duties. Being deep in the South East of England, to offer non-BUCS players opportunities they also linked with local rugby clubs on the Essex/London border to arrange games.

All of this was topped off by the men’s 1XV achieving a double promotion, reaching tier 1, and the men’s 2XV and Women’s 1XV coming second in their leagues, the most successful season at Essex. The University Sports Awards saw the men’s and women’s teams given Gold Standards for their student community offers. The men’s 1XV were Runners-up Team of the Year and the women’s coach won Student Coach of the Year. They also received Club of the Year for their efforts to increase rugby  participation across the university.

With a lot to live up to, they now intend to run a men’s 3XV to compete in friendlies against local clubs and universities, develop a women’s second squad, run intramural XRugby 7s, repeat the Essex Rugby 7s Festival, with universities from all over the country invited to full pitch 7s, as well as XRugby 7s. They also plan many more charity events, a memorial game, and a second annual club fundraising dinner to bring everyone together.