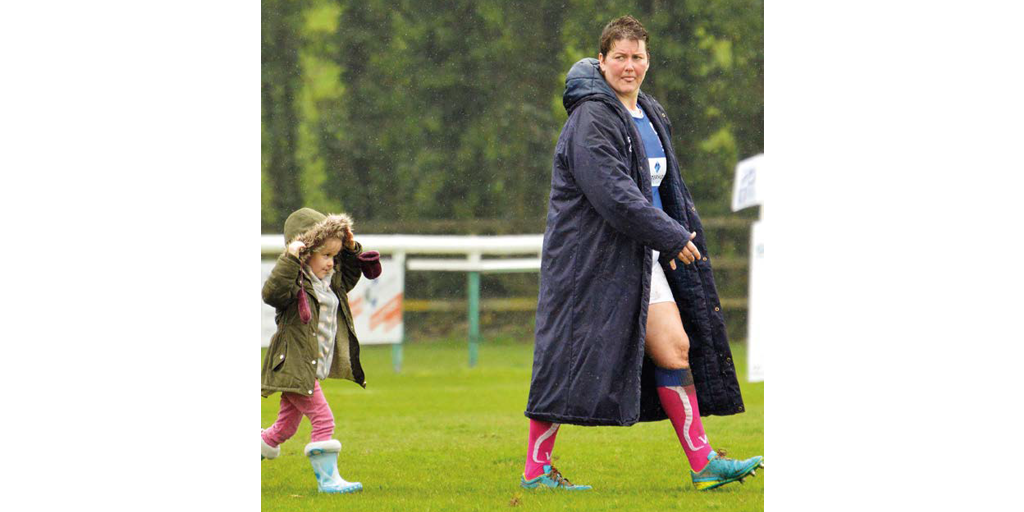 The 39-year-old volunteer and former Strongwoman competitor has set up women’s and girls’ rugby from scratch at Bishop’s Stortford, becoming a player, coach, manager and much more over just two years.

“If I’m passionate about something then I don’t go in half-hearted,” says Poyser. That has certainly been the case at Bishop’s Stortford. With two sons, three dogs and her own business, Poyser doesn’t
have much free time but in 2016 she decided that the rugby club where her son and husband played and coached should have a women’s and girls’ rugby offering.

“I approached the Chairman and asked if I could set up a team,” explains Poyser. “It’s such a great community club but something was missing. I wanted every woman or girl in the area to be able to try rugby. I think it is really important that the opportunity is there.”

In October 2016 she began a women’s team, using social media to promote it and holding Warrior Camps to attract new players. The side began playing friendlies until September 2017 when Poyser entered them into a local league where they won their first four matches. She launched a girls rugby programme in January this year, with girls from under 13 to under 18 now able to play throughout the year.

“I decided if I was going to run this thing that I should lead by example, so I decided I would play as well, even though I’d never played before. The next step was making sure the women’s players we had could help coach the girls, so we had seven players trained as RFU Level Two coaches, myself included to develop the next generation.”

Poyser has done all this work as a volunteer, and recognises the importance of volunteers in keeping rugby clubs going.

“They do the jobs that don’t get seen, they keep everything ticking along. It is absolutely crucial. I’m doing something rugby related every single day, from kit to fixtures and I do it because I want women’s rugby at our club to be amazing.

“It can be difficult for young girls to find confidence sometimes and I want to give them the opportunity to find that one thing that they can take confidence from. I don’t care what it is, it could be ballet or rugby, but I want to give them the opportunity to try. This sport is a huge part of my life and we want to create a culture where if someone’s daughter is playing then as a parent or family member you are welcome at the club and are part of the rugby family.”

Poyser was recognised as part of the Mitsubishi Motors Volunteer Recognition Programme this year.