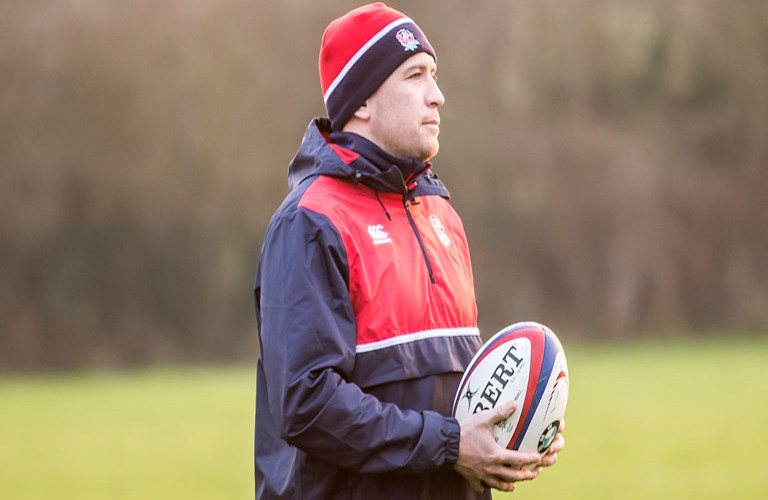 England U20s kicked off their Six Nations campaign against Scotland. Their new Attack and Backs Coach Rory Teague, who joined from Saracens, was looking forward to the action.

Teague played one game for Gloucester during his playing career before enjoying spells at Grenoble and Bristol, but his coaching career is going from strength to strength.

He began coaching at Harrow School where he guided Maro Itoje from a young age, before moving to Wasps and then Saracens as an Academy Coach.
“The boys are very much focused on working hard for each other, playing for each other and making each other shine,” said Teague as he drove back from his first England U20s camp in Loughborough.

“We’re going to see a team that is very adaptive, we’ll play to whatever the opposition throw at us and I think we have the ability to play with a high tempo and throw the ball around.”

“I’m very, very confident that come the Six Nations the boys will be there putting on a show for everyone back home.”

Teague’s cousin is former England and British and Irish Lion Mike Teague, who earned 27 caps for the Rose in the back row from 1985-1993 and 30 year old Rory speaks fluent French thanks to his playing days across the channel.

England’s new recruit believes his greatest day in rugby was helping coach Saracens to their LV=Cup title in 2015 but nobody will let him forget missing a kick against Downside School to take Hartpury College through to the quarter-finals of the Schools Cup in 2002.