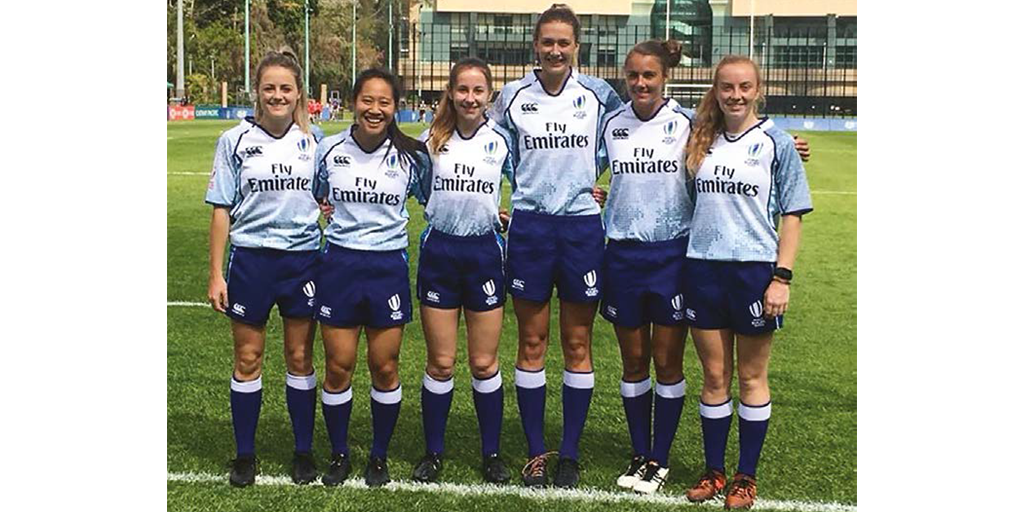 Jack Lewars, RFU National Panel & London Referee Society, having recently made his league debut in National League 1, refereed the U18 final when Georgia beat France 8-3. Neil Chivers, RFU National Panel & North Midlands Referee Society took charge of the U20 final, when Portugal beat Spain 25-3 to qualify for the 2018 World Rugby U20 Trophy. Neil has regularly refereed in National League 1 this season as well as in the British & Irish Cup, and was rewarded with his first game in the Greene King IPA Championship last month (April).

Said Gareth Thomas, RFU Match Official Panel Development Officer, “Both Jack and Neil have shone in groups of match officials containing some up and coming talent from the other Six Nations and Rugby Europe countries. The efforts of both were a credit to themselves, but also to the workforce that has supported them throughout their refereeing journey.”

More English referees were making history overseas by flying the flag at the World 7s Series in Hong Kong, where Katherine Ritchie refereed in the Women’s World 7s Series Qualifiers and Richard Haughton in the men’s tournament. Sara Cox took charge of the epic sevens gold medal match in the first ever Women’s 7s event at the Commonwealth Games.

Said RFU Match Official Development Manager, Michael Patz: “The number and level of appointments for our English referees confirms our status in world match officiating and is very good news for our outstanding referees and everyone supporting them and working to help their development and that of other up and coming referees.”