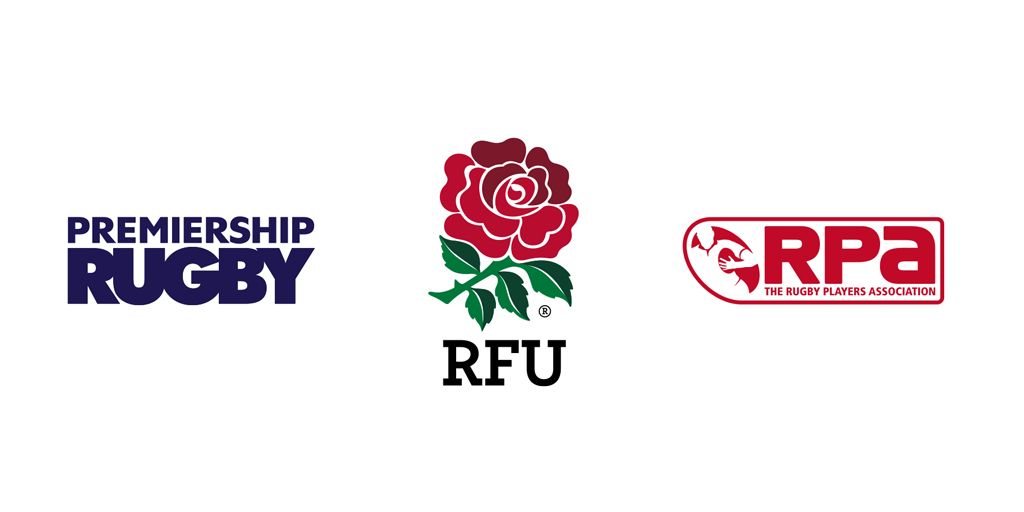 The Professional Game Action Plan on Player Injuries, endorsed by the Professional Game Board (PGB), calls for the implementation of a range of linked injury prevention initiatives by game  administrators, referees, coaches, conditioners, players and medical staff.

Nigel Melville, RFU Professional Rugby Director, said: “We have a responsibility to look at all elements of the game. We try and take an evidence-based view, so we have looked at the data available and made decisions, alongside PRL and the RPA, built on that which form this action plan.

“All the decisions are taken with the long term interests of the game clearly in mind and the welfare of our players is absolutely central in that regard. We know that there is no game without the players. We also know that in order to effectively mitigate against risk, all stakeholders need to work together. This is why we are setting out this action plan. We want to work with the players, the professional clubs and World Rugby to build a much better body of knowledge about this, so we make better, more informed decisions.”

Phil Winstanley, Rugby Director at Premiership Rugby, said: “Clearly the PRISP report has identified some significant challenges for us in relation to injury and player welfare.

“Player welfare has to and will remain at the centre of everything Premiership Rugby do as an organisation, and working with the RFU and RPA we have identified immediate actions which we have to take in addition to the work that we are already doing in this area. It is clear though that this is not just a Premiership issue: this is also a world game issue and we look forward to engaging with World Rugby to identify solutions which benefit all.”

Richard Bryan, Rugby Director at the RPA, said: “The Professional Rugby Injury Surveillance Project Report remains a vitally important piece of work. As a sport, we have a responsibility to be proactive and transparent when reporting and managing injuries. The RPA and its members welcome the introduction of the new 8-point action plan. The RPA Players’ Board recognise it as an important step that goes beyond the reporting of injuries to actively address injury concerns, protecting the interests and welfare of professional players in England.”

The key areas addressed in the plan are:

1. Laws: For the English professional game to work collaboratively with World Rugby on an ongoing review of the laws and all injury risk, with a specific focus on reducing the incidence of concussion in the tackle and consideration of a reduction to the current legal height of the tackle.

2. Law application: The PGB has commissioned analysis of referee decision making in the English professional game to determine if the increased tackle sanction brought in by World Rugby from 1 January 2017 is being consistently applied. An ongoing review of all dangerous/late tackle cards, penalties and omissions identified in the 2016/17 and 2017/18 seasons will be completed in the summer of 2018.

3. Player load: Continue to work with the PGB Sports Science Advisory Group and Medical Advisory Group to advise on optimal match, training and life loads  for players, as well as club squad size and composition to allow individualised player management. The PGB has already commissioned two studies in the areaof player load and injury risk: a study at Cardiff Metropolitan University looking at psychological load began in September 2017 and a study at the University of Bath exploring the associations between training and match load and injury risk which began in September 2014. Regular
updates and recommendations will be provided to the PGB.

4. Training injury risk: The PGB has commissioned further analysis on the current training volumes and contact exposure in the Premiership. All data and evidence in relation to contact in training will be shared in a series of facilitated workshops and discussion with Premiership and England coaches, players and conditioners during the summer of 2018 to seek their feedback, with a view to developing greater consensus and understanding on the optimal training session content and the role that contact training and training on different surface types may have on modifying injury risk in training and matches.

5. Concussion risk in the tackle: Work with World Rugby to facilitate a workshop with PRL and England coaches and players to identify technical changes which may be possible in the tackle but deliver optimised ball carrying and tackling with minimal risk of head contact.

6. Resources (personnel capacity): Benchmark and audit medical, conditioning and performance resources across Premiership clubs and England representative teams to establish if sufficient personnel capacity is in place to allow for best practice management and, consequently, to mitigate injury risk.

7. Game analysis and injury risk: Develop an additional dedicated game event analysis resource, which will be in operation for the 2018/19 season, which allows better understanding of the changes in game activity and the interaction between game events and injury risk. A PGB project group has been formed to discuss how this should be implemented and taken forward. This group will outline the aims and objectives of the game analysis function going forward and it will establish the key metrics for analysis and how they need to be coded.

Read the PRISP report in full