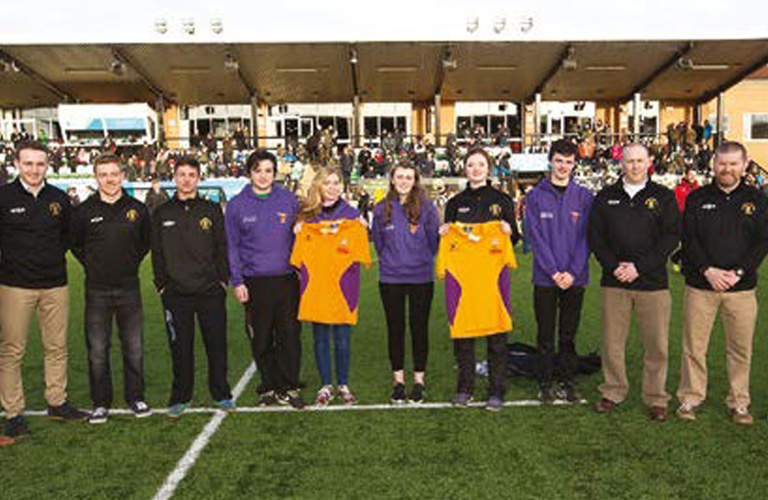 If you want to see young referees, from the age of 14, running rugby matches in first-class fashion, look no further than Northumberland.

The Northumberland Referees Society are celebrating a third season of identifying and developing junior referees in a programme developed from an idea of three club coaches at Novos, Ponteland & Percy Park who were looking to to provide extra rugby experience for their players, to support their involvement in the Duke of Edinburgh scheme and provide additional extra curricular experience to support college applications.

Now with the support of the community foundation at Newcastle Falcons, the RFU local CRC team led by Dave Reed and Northumberland Rugby and Referees Society more than 30 young people have enjoyed the programme, half of them already qualified to referee the 15-a-side game and the rest regularly officiating in schools and club festivals at U12 and below.

They can all attend society training meetings to foster links with senior referees, have mentors and their own quarterly sessions where they undertake CPD as a group led by Simon O’Neill and based on the RFU referee training modules as well as discussing and sharing their experiences out in the middle.

This season has been the busiest yet for the group who, in addition to regularly refereeing club junior games, have also provided referees and assistant referees for a range of school and county cup fixtures. They have taken charge of finals, county representative fixtures and a range of festivals run by Newcastle Falcons including their flagship Landrover Cup event which had over 1000 players involved.

And they are developing nicely, three of the group now refereeing senior rugby games within the county on a regular basis and one making his refereeing debut in a Level 9 league fixture. The intention is to keep adding more junior referees to the group by providing Level 1 and Level 2 training courses in conjunction with the local schools and clubs and via the local RFU team, these being aimed specifically at the 14-18 age group.

The courses are followed by a number of specific CPD events over a season where the group meet with their mentors to look at key areas of game management.

“The signs are very positive, with more clubs and schools registering interest as they see the juniors in impressive action at their events. The standard of these young officials already in the programme is impressive and bodes well for the future.”

Members of the group were presented with their Young Whistler match shirts at half time in the Falcons game v Northampton following the completion of their 3rd Landrover Cup festival as referees. The event is the flagship event of their season and gives something back to the Falcons who are regular hosts of the youth programme’s Level 2 training courses. Shirts were presentated by Hamish Smales a Northumberland Society referee recently promoted to the National Panel and a perfect inspiration and role model for what can be achieved.