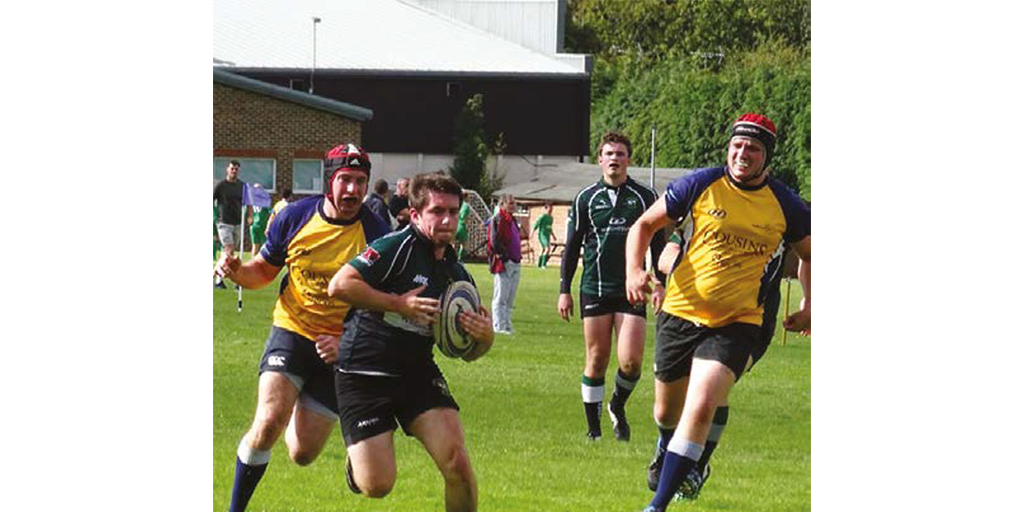 Sandford had been in New Zealand on a rugby exchange, playing for a local team and using his free time to travel, when he was involved in a major accident that changed his life completely.

The fly half from Heathfield & Waldron RFC has spent the last year defying every prediction on his recovery and is now helping give back to the club and teammates who were there when he needed them most.

“I had been in New Zealand for a couple of months on scholarship programme playing with Rangataua,” explains Sandford. “We trained five times a week and played on the weekends and I used my free time to explore the country. I was driving to the Bay of Plenty when I crashed. I pretty much broke everything in my body.”

Once airlifted to hospital, he was placed in an induced coma and his family were given a bleak outlook.

“Once I got out of the coma they gave me less than a 5% chance of any meaningful recovery. That is when I started setting myself targets.”

The rugby community back home was doing everything it could to help. His club held a charity day to raise the funds required for Sandford’s rehabilitation and to cover the costs of any changes to his home. In the end, Sandford didn’t need it. He was home by October 2016 and has spent the last year giving back to those who were there in his time of need.

“The support I got from the rugby community after the accident was just unbelievable,” says Sandford.

“My first memories are of my teammates in New Zealand coming to visit me. The messages of support I got from home reduced me to tears but they were also what drove me to get home.”

Last year Sandford ran his own charity day at Heathfield to raise funds for those that have helped him through.

“I’ve been overwhelmed by the support organisations like Headway East Sussex have given me as well as everyone at the club so I wanted to give back.”

Sandford’s recovery is by no means over, it is as he puts it a “long and gruelling process”, but he continues to set himself targets.

He is now the manager of the club’s second fifteen and this year qualified as a Level Two coach.

“I love the sport and I just want to be involved. Coaching is something I’m really enjoying and I want to take it as far as I can. I’m amazed by how far I’ve come and I’ve been told by doctors that it is because of my ‘sheer bloody-mindedness and determination’.

But I don’t think about that. I’m just focused on moving forward and continuing to help the people who helped me.”