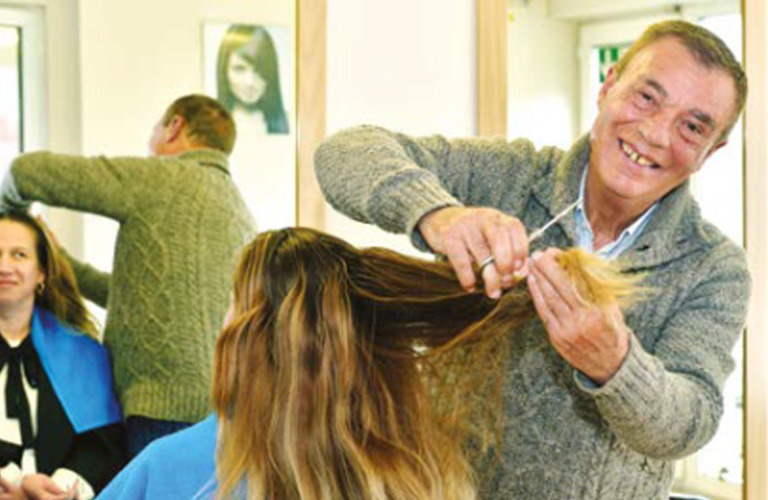 Ferdinando Di Matteo arrived in England, with his hairpins and stylists scissors, in 1964. Having left his native Italy, he became beloved of the ladies in London’s Soho, where he specialised in blow drying and pinning long hair into swept-up creations. Then he settled in Wellingborough and opened his salon, ‘Hair by Nando’.

With his wife Adriana working for the Italian Consulate and his boys Gino and Patrick at Wellingborough School, what Nando didn’t anticipate was swopping his scissors for a rugby referee’s whistle, particularly as he had never played the game and his English was less than perfect.

But Nando, like many dads, got swept up by the game, stood in at a school match when the referee didn’t turn up, and is still refereeing three times a week aged 80. 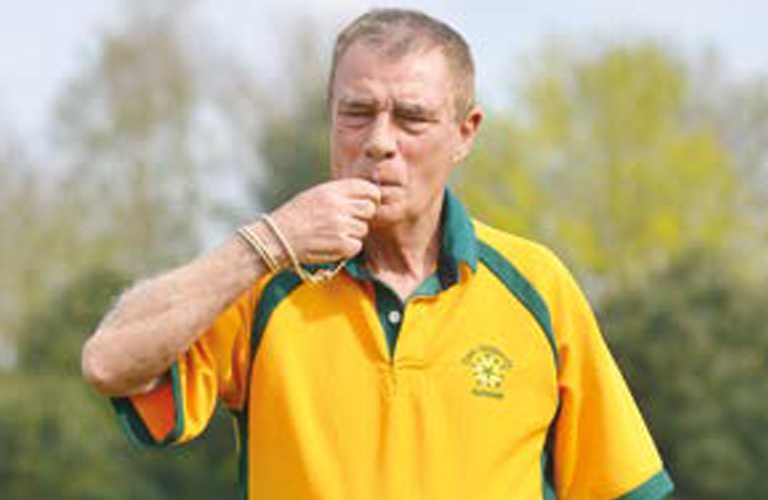 “I used to help out with the transport when my boys were playing at Wellingborough School and I started to follow the game. I had been a touch judge and one day when there was no referee I said I would do it. I enjoyed it so much that I took a course, joined East Midlands Referee Society. You got a whistle and off you went!”

And was it true that Nando’s stock phrase was “Wadaya want? You want a scrummy down or a kicky back?”

“Oh yes,” he agrees, “I had everybody laughing. At the beginning, not having played and with the language problem, it was very funny! Now I have experience and refereeing schools rugby during the week and club rugby on Saturday and Sunday, I still enjoy it so much and want to carry on as long as I can. I feel better for it, much better than if I was sitting at home and my wife is happy to send me out refereeing. After 54 years of marriage, she feels sorry for me if I haven’t got a game.”

Not only has Nando refereed hundreds of domestic matches, in 1996 he refereed Argentina v Italy over 35s. “That was great,” he recalls, “because they could understand me.”

And he has also been an RFU liaison officer for international teams, including during the the 1992 Rugby World Cup and for the U20s in 2002.

Says the RFU international tours and 7s manager, Pam Cartwright, “I first met Nando when he was recommended to look after the Italian team during the Six Nations – when Italy first joined. He was a breath of fresh air, he knew the role of liaison officer but also knew a lot of the management and players, had close bond with them, having looked after Italian teams.

He knew how the Italians worked and what they needed and how to fulfil that. He was hilarious, always jolly, keen and very personable. He just got on with it in the most professional but unassuming way. I’m not really surprised that he’s still refereeing, he seems so much more active and younger than his actual age.

For Nando age is simply a number and if a player steps out of line, he’s got theirs!