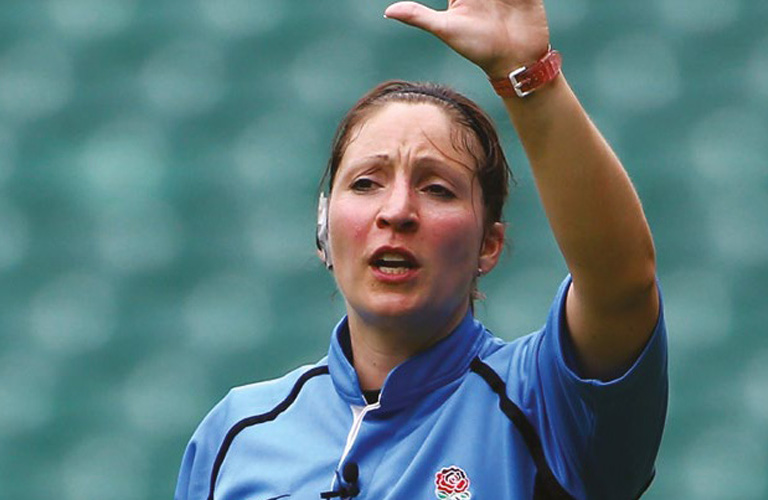 Television Match Official Claire Hodnett is making the call for three internationals: France v New Zealand, Wales v Hong Kong and Scotland v Canada. And if that wasn’t enough, Katherine Ritchie has also been representing England Rugby as a referee at the Youth Olympics in Argentina.

From the experienced, to the new, women referees are making huge progress. Three Tyrrells Premier 15s players from Bristol Bears Women also made their debuts with the whistle, supporting university rugby in Exeter and many more women and girls have been taking charge of matches nationwide.

Said RFU Match Official Development Officer Clare Daniels: “It’s been a bumper period of good news for female match officials across all levels, and we’re thrilled to see Nikki and Laura appointed to their first Test matches. Having a programme and pathway is key as it means that, while we can support officials who are new to refereeing, we can also support those who wish to progress with the whistle. There are more opportunities than ever for female officials, so we’d urge people to get involved.”

If women and girls would like to know more about becoming a referee visit: keepyourbootson.co.uk.