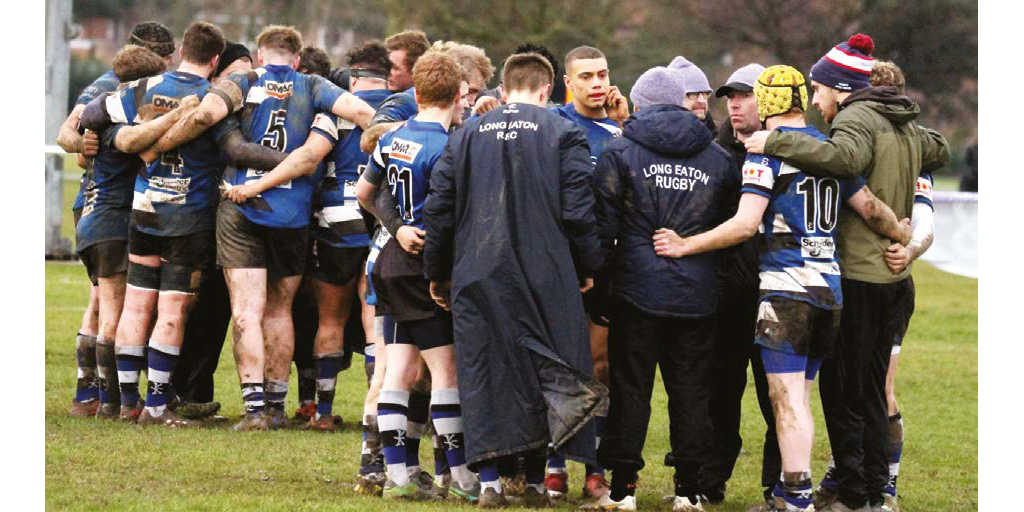 The club, just promoted for the second year running, in response to reports of player drop-out between the ages of 15-21 at club level has decided to make first team player, Paul Wakefield, their first Transition Officer. He will support each player aged 16-18 with all aspects of their personal development as well as their rugby, including education, family and careers.

Recognising that possible contributing factors to player dropoff are leaving school, starting work, moving away or full-timeuniversity education, Long Eaton will work with their teenage players discussing their options and increasing involvement of younger age groups within adult sessions to ensure a smoother transition into men’s rugby. The club is to keep 50% of under 16 players within the club or the sport by the age of 20.

A mentor system has also been implemented by Long Eaton’s management team, to be overseen by Paul. It will support and encourage young players through their transition period and promote the benefits of joining the adult teams. Each of the 19 mentors involved is a member of Long Eaton first or second team and positions will be paired together, which will also help improve young players’ rugby skills.

Chris Brookes, Chairman and Development Manager at Long Eaton Rugby Club, said: “Although we enjoy the senior teams winning and playing the best rugby possible, our ultimate goal as a club is to retain players, from young children up to adult level, and watch them develop on both a personal andprofessional level. If we can play even a small part in a player’s journey, then we can consider that a great achievement.

“Through our mentoring scheme, our men’s team players will be able to create productive and lasting relationships with our players aged 16-18, whether that’s introducing the fun and social elements of the club, improving their strategic thinking, giving advice on juggling work and rugby or just helping them with their passing skills. We’re pleased that so many of our players have opted to become mentors to put this into practice.

“Life skills gained through rugby, together with our sports core values, are essential in nurturing youngsters not only in rugby but the community too. This initiative will enhance this and keep young people in our sport and community.”

Long Eaton will now refer to their 16-18-year-old players as the ‘Transition Squad’ and provide the option of letting the under 16 team train alongside their mentors to encourage further learning and development. The club will also offer an additional training session to this age group each week.

Said RFU Community Rugby Coach David Cotton-Betteridge: “The young referees were brilliant on the day and instrumental to the success of the event. They allowed the games to flow and facilitated a great day of rugby, the feedback from all the clubs was extremely positive.”

“The tour to Canada presents a fantastic opportunity to continue to develop players coming through the pathway,” said England Women U20 head coach Jo Yapp. “An international tour, playing and training outside familiar environments, brings new and unique challenges for young players to adapt to. Playing Canada away will be a tough and exciting opportunity for the selected squad.”

Matt Everard, Director of Rugby at Long Eaton, said: “The transition scheme is a brilliant move for our club. We aim to continue the great progress we have made over the past few years and that can only happen when we have fresh, talented and enthusiastic players moving up to our adult squads. We’re looking forward to putting the initiative into practice during pre-season training this summer.”

Long Eaton Rugby Club is celebrating its 50th anniversary this year. The club’s first team have just won their league and will be promoted to the Midlands 2 East (North) league next season.