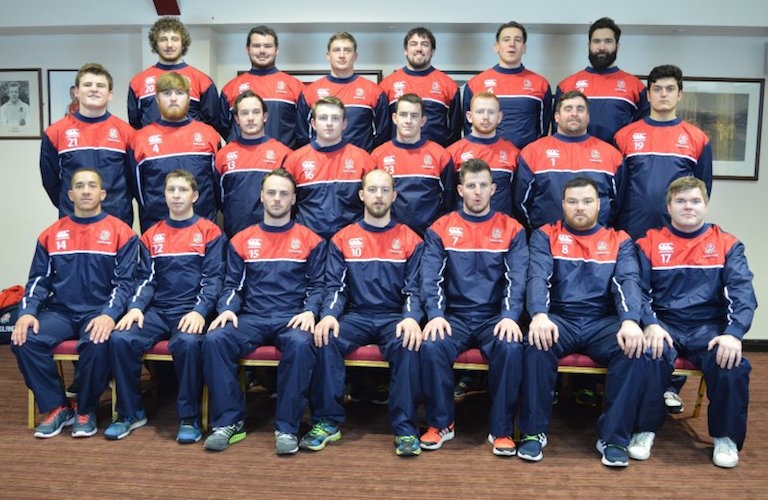 Founded in 2003 to give deaf and hard of hearing players the chance to play together and represent their country, England Deaf have become one of the world’s leading sides and in the process have helped promote deaf rugby across the country.

On Sunday 16 October the team start their season against England Police 15, before taking on old rivals, and world champions, Wales, at Cardiff Arms Park in January.

From the players, coaches and staff, it’s hard not to be inspired by England Deaf.

Head Coach Sean Fletcher joined four years ago after losing 50% of his vision from a rugby injury.

“I was trying to find somewhere to coach after my injury,” explains Fletcher. “I found out about the team through a player I once coached who played for the side. I joined as a forwards coach and six months later I was made Head Coach.”

Fletcher’s introduction to the team is typical of many of England Deaf’s current players.

“Some guys have played their whole lives at local rugby clubs, while others come into the sport because rugby is so inclusive,” he said.

The side to play the Police features some who rely solely on lip reading and British Sign Language which means the coaching team work with interpreters. Deaf rugby is growing around the world, with teams such as Australia, New Zealand, USA, South Africa and Japan all fielding international sides but for England there is one particular rival.

“Playing Wales is always a huge game.” says Fletcher. “For every England representative side Wales are one of the oldest rivals and that is no different for us.”

Wales have beaten England in their last six matches but Fletcher believes this year may be a turning point.

“The gap is narrowing. Last year we lost with the final kick of the game at Fylde and we have made some big steps forward in that time. We’re confident this will be our year.”