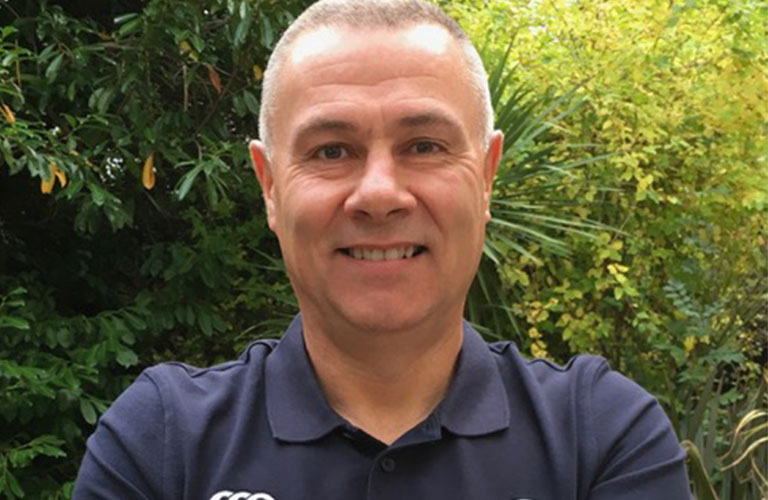 What was it that got you into coaching?

2003: Jonny Wilkinson’s winning drop goal, and my then seven-year-old daughter deciding that she wanted to play rugby. I took her to Old Alleynians and stood on the touchline as a dutiful parent. Three or four weeks in, I was asked if I’d played the game, so I said yes, and a couple of weeks later I was running the Under-7s.

What’s the most rewarding thing about coaching?

Helping young people to improve their opportunities in life, helping them change their path and giving them the option to be the best that they can be. 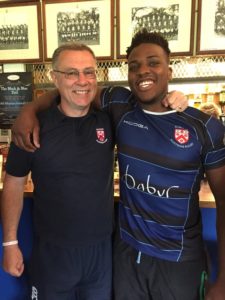 Tell us about your favourite coaching photo?

I think it would have to be the photo of me with Suvwe Obano in Old Alleynians clubhouse. He’s one of many of my much-loved surrogate sons from my original squad, back when I first started coaching. He’s part of my family,  and comes around to have dinner with us on Christmas eve, is great mates with my daughters and his family are an amazing group of people. The photo of us sums up what the game is about: different generations, different origins, different ethnicities, but the same common objective, to have fun playing our great game of rugby.

What’s coaching done for you personally?

Coaching, since my daughter got me involved in it, has given me an opportunity to put something back in to the game that I’ve played since I was eleven (no mini rugby back in my day). The inspirational teachers that taught me how to play at school have provided me with a reference point in terms of my personal development. It’s what I try to emulate in my coaching, to be as engaging and supportive as they were for me. 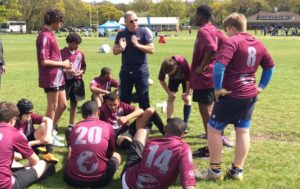 Nick Scott's top tips on how to get started

GET STARTED AS A COACH

Begin your journey as a coach