What was it that got you into coaching?

A brain injury ended my playing days and I couldn’t deal with not having rugby as such a huge part of my life. I had done bits of coaching before and helped at various sessions around the place, so the only option I could see that would allow me to stay involved in the game was to make the straight swap from playing to coaching. I think it’s worked out pretty well so far.

What’s the most rewarding thing about coaching?

Being able to give back all the things that rugby gave me as a player, and helping other players to see how amazing the sport is. Both on and off the field rugby gives you a support network, a fun learning environment, but most importantly a family. The most rewarding thing for me is being able to contribute to creating an atmosphere that supports all of this, as well as being able to pass on new found knowledge that I wish I’d as a player. 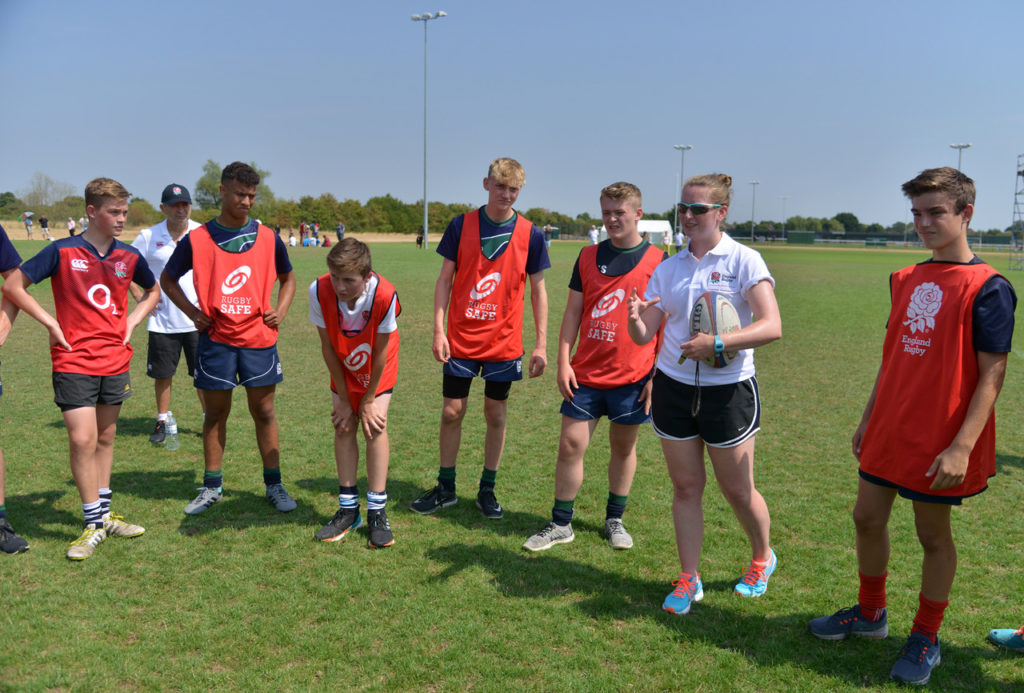 Tell us about your favourite coaching photo?

I don’t have many coaching photos of me, but this one from the Eddie Jones coaching day has to top them. It was my first time coaching boys’ rugby, I was slightly hungover, it was 30°C, and I felt sick with nerves and had Eddie Jones watching like a hawk! But the feeling afterwards was just incredible. The people around that day were so supportive, inspirational and full of ideas to share with everyone. The feedback gave me a huge confidence boost and the whole experience just made me want to work even harder to make a difference through coaching.

What’s coaching done for you personally?

If you put this question to any of my fellow coaches/players they’d probably say confidence, and they’re right. In the last year or so my confidence has sky-rocketed, and I’ve gone from being quiet and hesitant to more of a leader who is no longer scared to try new things, and more importantly I’m not afraid to let the players try new things and lead the flow of the sessions. I’m not afraid of making mistakes or looking like a fool anymore – I just want to learn and improve.

However, more than anything it’s made me want to get back on the field and play. The knowledge I have now would have contributed so much to me as a player, but that’s where coaching comes in. I feel it’s up to me to share this knowledge to help players become the players they want to be.

Nick Scott's top tips on how to get started

GET STARTED AS A COACH

Begin your journey as a coach