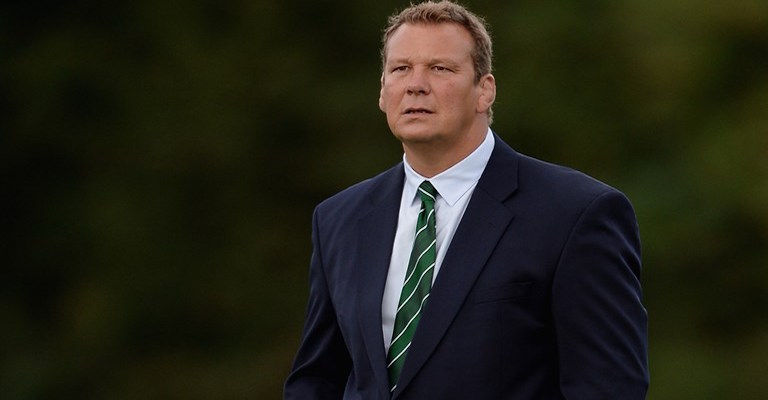 Martin Haag will take up the role of England U20 Head Coach at the end of the season, joining from Greene King IPA Championship side Nottingham Rugby.

Haag brings 15 years’ coaching experience, including previous involvement with the England age grade sides, and will lead the U20s into their first home World Rugby Championship in Manchester in June.

Working alongside recently appointed backs coach Rory Teague, Haag will take over from Jon Callard who held the role in the interim and will now focus on the post 20s programme.

Haag said: “I’m delighted to be back at the RFU and working with the best young talent in this country and with their respective clubs. It is an exciting opportunity to be able to support them in their rugby journey and hopefully, along with the other coaches, help them shape their futures.

“A lot of good work has been done by those involved in the pathway over the years and I hope that by bringing the experience I’ve had as a player and coach I can continue that, mentoring and developing players to be the best they can be.”

As a player Haag made 315 appearances for Bath Rugby and was capped twice for England against Argentina in 1997. He began his coaching career in 2001 and his initial involvement in the player pathway was in 2007 when he toured Australia as England U18 Assistant Coach. After a season at Bath’s academy he became a full time RFU National Academy Coach and reached the 2009 Junior World Championship final in Tokyo with a side that included current internationals Courtney Lawes, Jamie George and Ben Youngs.

A return to Bath as forwards coach for the senior team followed in that year before he took over at Nottingham in 2012. Haag guided the Championship club to a second place finish in his first year and then narrowly missed out on the play-offs two seasons later.

“I have thoroughly enjoyed my time at Nottingham and will miss those that make this club so special,” Haag added. “There is great history there, a fantastic attitude to rugby and a real passion to succeed. I have learned a lot in my time with the club and I am a better coach for it. I feel lucky to have been involved during such an important and rewarding period for the Green and Whites.”

Head of International Player Development, Joe Lydon said: “Martin is held in high esteem in the rugby world. We were impressed with his vision for both player and coach development and his philosophies and values align with those that are place for the programme.

“He has the ability to maximise the potential of young talent and his previous experience will allow him to work well with both the other international coaches and the clubs in developing players coming through the pathway.

“We are grateful to Nottingham for all their co- operation and support in allowing Martin to join the RFU and we’re very much looking forward to him starting with us at the end of the season.”