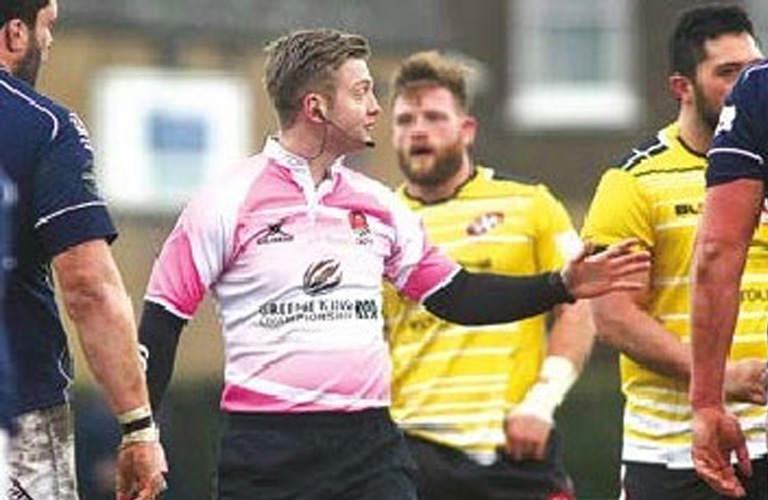 England Rugby recently launched a Young Match Official Programme to encourage more young people aged 14-24 to get into rugby officiating. The programme’s 2016-17 year ambition is to attract, train and retain 400 new young referees for the future.

Ambassador for the Young Match Official programme, 23-year- old Christophe Ridley, who has been refereeing since he was 19, and now has a professional contract, said: “Refereeing gives you the best seat in the house. I’m still an athlete. I have to train in the week. I have to analyse my games, but it also gives me the chance to develop my personal and interpersonal skills both on and off the field.”

“It’s definitely taken me forward in a lot of aspects of my life. So far I’ve refereed in the Championship and I’ve recently been given a full-time contract.”

Linking with England Rugby’s Young Rugby Ambassador Programme, which partners with vInspired, budding match officials will be rewarded for time invested in developing rugby in their local community, logging hours in return for incentives.

Eighteen-year-old Harvey Knight, a first-year University of Loughborough student playing for his university hall and officiating as part of the Intra Mural Sport programme, as well as refereeing in the community game at Level 7, intends to play and referee throughout his four-year Economics degree.

He said: “Refereeing has developed my communication skills, ability to make decisions under pressure, team leadership and problem solving, all desirable characteristics beyond the rugby pitch, which will benefit me as I enter the world of work. I would highly recommend getting involved in rugby officiating for any young person.”

Michael Patz, Match Official Development Manager, added: “Looking at the current landscape, most referees are in the older age bracket and so, while recruiting from the ranks of former or retiring players is still essential, it is clear that the sport must find, train, mentor and retain referees aged 14 to 24 which is what this programme aims to do.”