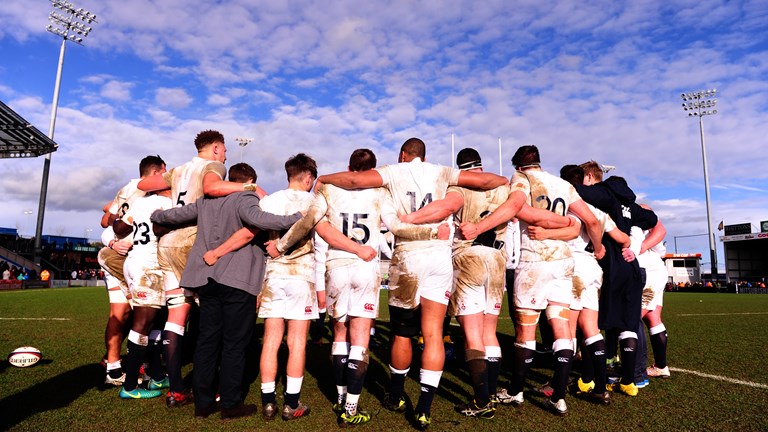 Anthony Allen, Richard Blaze and Jimmy Ponton all join for 18 months as part of the new coach development programme agreement signed between the RFU and Premiership Rugby. The programme will run alongside the coaches’ current club duties and will include the 2018 Six Nations as well as the World Rugby U20 Championship.

The U20 coaching team will be led by RFU performance manager Steve Bates and the trio will receive an individually designed coach development programme, which commenced on 15 November with a visit to Pennyhill Park to observe the England senior team’s preparations.

It follows a successful trial last year which saw Louis Deacon, Tom Williams and Ian Vass, who has gone on to coach at Montpellier, lead the U20s to Six Nations glory as well as into the final of the World Rugby U20 Championship.

This year’s coaches will also be directly involved in preparing for, delivering and reviewing the U20s coaching and playing programme under the experienced eye of head coach Bates.

The coaches will also have access to mentors and be exposed to a range of non-rugby elite
performance environments that will involve visits to and interactions with coaches, support staff and athletes from a range of sports.

Allen is a former Gloucester and Leicester Tigers centre and won two caps for England. He currently coaches in the Tigers’ academy.

Blaze is a former England U21 forward and also previously played for Leicester Tigers. Prior to this, he was forwards coach at Tigers until September 2017.

Head of international player development Dean Ryan said: “The coaches will gain experience from working in a different environment with people who have different ideas and approaches to them.

“We have a stronger idea now of how we want England U20s to play so they will have to amend their own philosophies but they will also gain experience of coaching at two international tournaments – the Six Nations as well as the World Rugby U20 Championship. We believe that experience will stand them in good stead in the future.

“The opportunity to be a senior coach in an international environment doesn’t come around too often so this is a unique experience for them with a group of very talented young rugby players.”