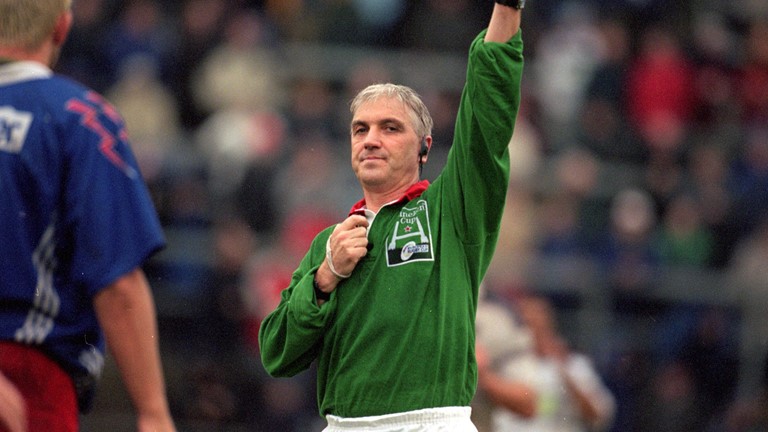 Ed Morrison took up refereeing in 1982 following injury and progressed rapidly, being appointed to the International Referee Panel in 1989. He went on to officiate in 42 international rugby matches during a period in the game when international matches were significantly less plentiful than they are today.

Although so much of his rugby life has been at the highest level of the game, Morrison has remained fully committed to grassroots rugby, both in his willingness to pass on his knowledge to players, referees and administrators and in his commitment to helping to develop young referees.

Morrison is particularly loyal to the City of Bristol and Bristol Harlequins Club, where he was fixture secretary for over 30 years. He has been an active member of Bristol Referee’s Society for 31 years. Whenever he was not appointed to referee an international match or a match on behalf of the RFU, he would endeavour to referee at a local club – even a few days after a Rugby World Cup final.

Since his retirement Morrison has become an integral part of the referee’s society again, in particular, as part of the society’s sub-committee responsible for the recruitment of new referees.  Only recently, he has been part of a team who have visited and presented to over 30 clubs within the Bristol area in a two month period, in attempt to boost dwindling refereeing numbers.

Clare Daniels is an English international rugby union referee and is the world’s most capped female Test referee.

Her international debut was on 2 July 2005, when she refereed the Canada Cup match between Canada and Scotland.[2] Since then she has been selected to officiate at Women’s Rugby World Cup in 2006 and 2010, 2009 Rugby World Cup Sevens, Women’s Six Nations in 2007, 2008, 2009 and 2010 and other tournaments, including some men’s matches in National League 2 North and National League 2 South.

After working as a Bath Chronicle sports writer for seven years, Daniels took up a full-time role with the RFU refereeing team as the new Southern Region Referee Development Manager on 2 August 2010.