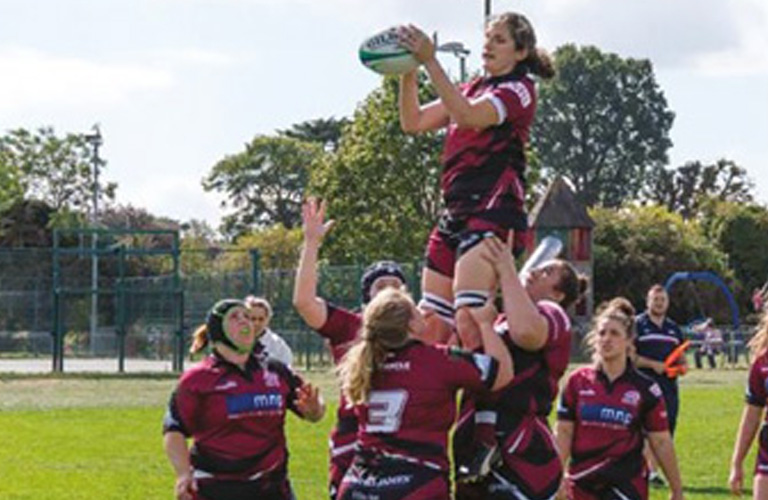 Says Chair of the Ladies Committee, Lucy Kennedy: “When I joined in 2005 there were seven or eight at training but now we have 44 signed up and at least 30 at training every week, so as well as playing in our league we’ve joined a Merit League to allow our new and less experienced players to enjoy matches.” 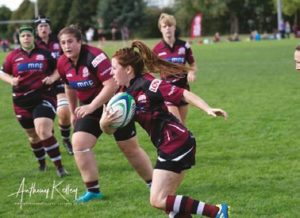 To make sure that everyone gets a chance to enjoy rugby, a year ago the Rugby Football Union launched its Women and Girls Action Plan and since then there’s been an explosion in numbers playing and teams across the country. Currently there are 32,000 registered female players and 91 new teams.

Part of the Hitchin surge in membership has been down to their popular eight-week summer boot camps which they run free for women wanting to up their fitness. This year as many as 100 were turning up and every year a number decide to stay and try rugby. Team members have also been running a pretty successful social media campaign to recruit new players and that has been adding to the numbers.

“It’s also true,” says Lucy, “that women’s rugby is so popular now, has become so much bigger. Ten years ago, when I got involved, people were horrified when you told them you played, now there’s girls rugby in schools, the whole game’s expanded so much and perceptions have changed.

“We have a fantastic bunch of players, from 18 year olds coming up from the girls’ teams to those in their 40s. We have mums whose kids play, women whose partners play in the men’s teams, teachers, physios, police officers, people working in property management, social care, but we never talk
about our jobs, just about rugby!”

With the help of sponsors MNP, women’s rugby at Hitchin continues to attract many new players. This in turn is having commercial benefits by attracting new sponsors such as Hitchin based Raymond James and Lovell, the national housebuilders, and a growing list which includes: Triangle, SFKS Builders, Integrated Pest Management Ltd, Nirvana Maintenance, United Lifts and Finest Dental.

Training is every Tuesday at 7:15 and absolute beginners are very welcome.