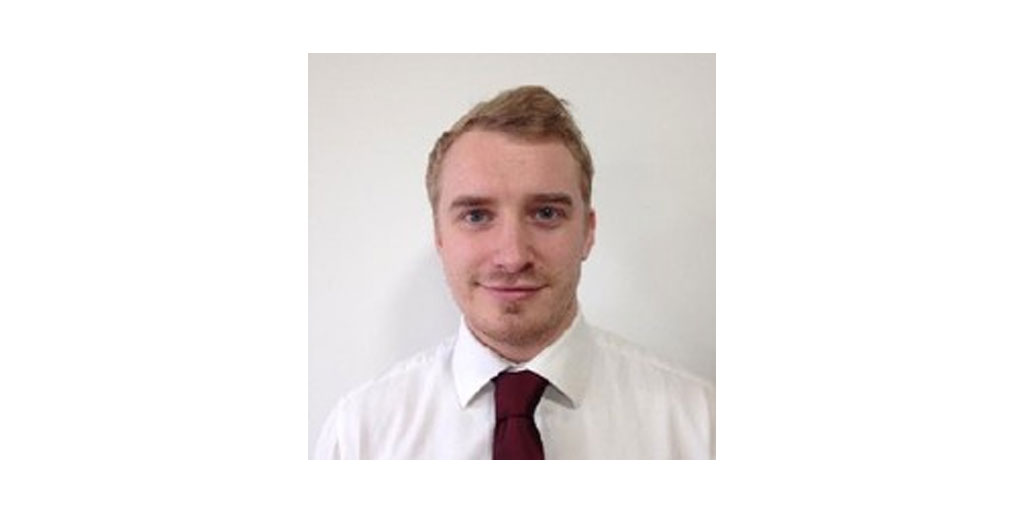 What was it that got you into refereeing?

I loved playing rugby at school and and university, but as a small guy getting hit by increasingly bigger guys, my body did not share the enthusiasm. Sadly, my shoulder eventually gave up on rugby in my early twenties but because of my love of the game, I decided that picking up the whistle was the best way of staying involved.

What’s the most rewarding thing about refereeing?

I absolutely love the work that you put into it, both physically and mentally. It’s also great to see that pay-off on the rugby field, whether it’s keeping up with a tearaway flanker, or being specific about some aspect of the Laws.

I also enjoy meeting so many people during the 15s season, and the social side of rugby that comes out during the 7s season. This is something that you don’t really appreciate until you decide to become a referee. As soon as you commit, a whole new world of friendships and opportunity appears.

Tell us about your favourite photos? 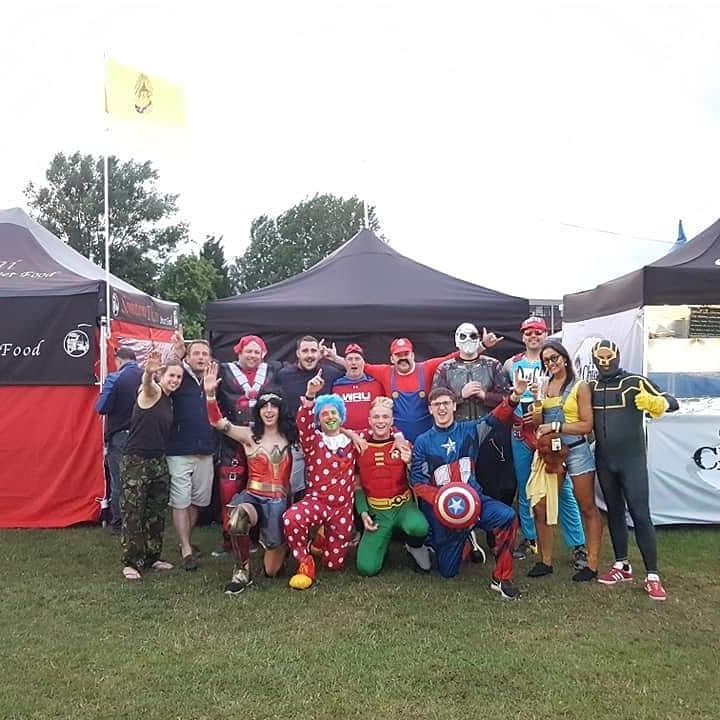 The first group photo was taken after a Chester 7s tournament. Despite the fancy dress, everyone pictured is a referee. People mistakenly avoid refereeing as it is seen as a solitary activity. This is completely untrue! On this particular day we refereed 8 pitches over a day, across 4 tiers of competition. 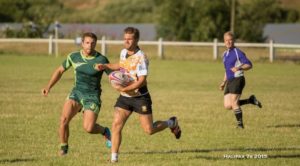 The second photo is an action shot from the final of a sevens tournament in West Yorkshire – the refereeing team had been running two pitches over the day, with some fantastic competition.

The final game was Caldy vs The Flying Lizards, and both teams were made up of a very high standard of players. It was a great day out in the sun with Skipton Rugby Club letting me play for them as a Cameo player!

Tell us about your local referee society?

Central Yorkshire is run by a core of hard-working individuals and is an amazing source of camaraderie, support, and good old Yorkshire wit. To them, I will always be a student (I left University 6 years ago), seen as the ‘soft’ southerner (I have been in Yorkshire for 9 years!), but I will always be a welcomed and respected member of the Team.

Note: Visit The Referee Societies’ Interactive Map for details on the other societies in Yorkshire.

What’s refereeing done for you personally?

Refereeing has kept me fit post-playing and has kept me on a path of continuous improvement in my life outside work. It’s helped me to develop better people-management and soft skills, both of which have been amazingly beneficial to my work life.

More than anything it has kept me close to the game, in an environment that we all love. It’s  the reason we have spent our teen/adult lives running into each other at high speed.

Michael Patz'z top tips on how to get started

GET STARTED AS A REFEREE

Begin your journey as a referee